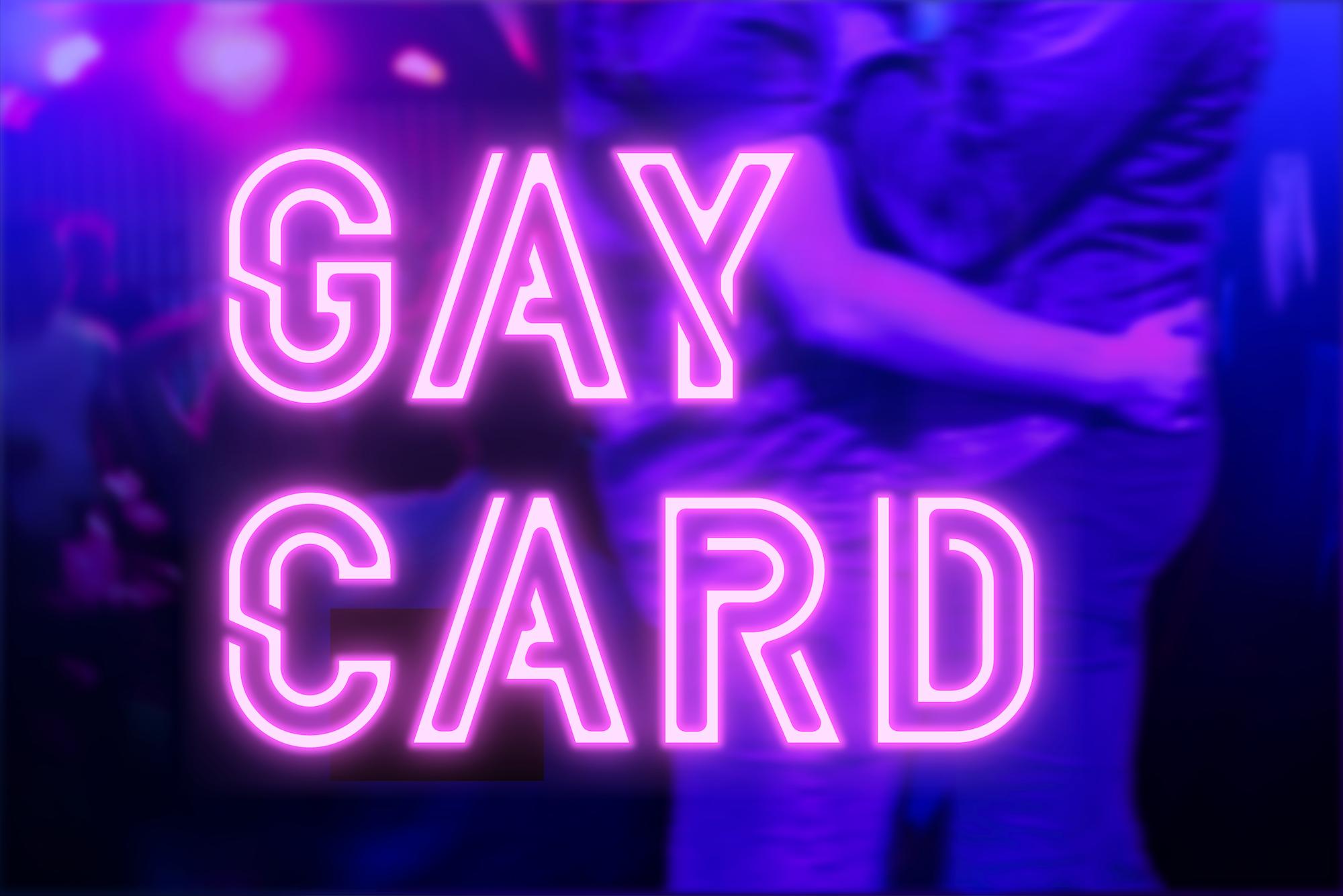 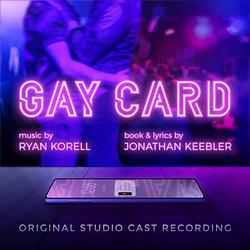 Logan thought his life would be awesome after coming out (that is, until his college peers deem him not-awesome-enough-to-be-gay and revoke his gay card). Is an anonymous internet blog personality the key to showing him how to belong? Join Logan on a hilarious quest to figure out if he’s a twink, an otter, a gaymer—or just an awkward boy nobody wants. The road is hilariously rough.  Whoops--he almost explodes his lifelong friendship with Melanie.  Whoops--the confident, mysterious blog writer's snarky exterior might just be a cover for vulnerable, human stuff...

Also, the blog sings.  It's basically a Greek chorus but with riffing.

“This show is for everyone, regardless of sexuality, who has ever had to find themselves… The message is ultimately one of hope and a continuing promise of self-discovery.”
—Triangle Arts and Entertainment
Plot
GAY CARD is the hilariously heartwarming story of Logan Kapler, a one-friend loser who has never belonged. But now he's starting college with a trick up his sleeve: he's gay. Gay people are awesome; therefore, he will be awesome. Except his new college housemates don't agree (YIKES). They revoke his gay card and deem him not-awesome-enough-to-be-gay instead. Logan Kapler Determined to prove them wrong, Logan embarks on a quest to earn his gay card with the help of an anonymous internet blog. But when his dream life leaves him lonelier than ever, he must learn that there are some insecurities you never grow out of—before he loses the only two people who truly love him.
Casting
6m, 4w, flexible ensemble
Male Principals
3
Supporting Males
3
Female Principals
2
Supporting Females
2
Ensemble
0 required, can flex as high as desired
LOGAN
Principal
Male. 18. Enthusiastic, awkward, and obsessive. He desperately wants to shed his loser skin and have an awesome college life.
Tenor, B4 belt (G#4 belt with alternates)
MELANIE
Principal
Female. 18. Logan’s best friend since middle school. Logical, direct, yet warm over-achiever.
Alto, C#5 belt
GRAHAM
Principal
Male. 18. Logan’s eventual love interest. Opinionated, easy-presence, but a bit of a chip on his shoulder.
Baritone
DANIELLE
Principal
Female. 21. R.A. of Diversity House. A snarky, tell-it-like-it-is diva who loves to party and hates to let people in.
Alto, B4 belt
JUSTIN
Principal
Male. 18. Danielle’s hookup and Melanie’s eventual love interest. An easy-going straight boy with an avid interest in learning about gender and sexuality.
Baritone
JULY
Supporting
Female. 18. A lesbian who practices new age spirituality.
Alto
CORY
Supporting
Male. 18. An intensely sexual bisexual guy.
Tenor
BLOG TRIO / ENSEMBLE
Supporting
2 Male, 1 Female. 18-22. Blog: The personification of the Gay Card Blog, a guide to being gay in college. Also plays: High Schoolers, College Students, Club Guys, Art Fags, Gay-mers, A Ca-Homos, Gay Bros, Pride Paraders, Rodrick Richards, and Partiers.
1 tenor: B4 belt, 1 baritone: E4 belt, 1 alto: C#5 belt
ADDITIONAL ENSEMBLE
Ensemble
Optional. 18-22. Any number/genders. Additional ensemble members can play High Schoolers, College Students, Club Guys, Art Fags, Gay-mers, A Ca-Homos, Gay Bros, Pride Paraders, and Partiers.
Instrumentation
Gay Card is written for an energetic five-piece band along with a few prerecorded tracks. The catchy tunes are a rousing blend of pop, rock, and contemporary musical theatre styles with frequent key changes and wide vocal ranges. The skill level is intermediate/advanced, similar to that of Legally Blonde or Heathers.

All parts are fully notated, but players should be able to comp in a few different pop/rock genres. The Keyboard book includes an array of orchestral sounds (sometimes split or layered), as well as classic synths and electric pianos. The Guitar book requires an acoustic guitar as well as an electric guitar and a few basic pedals. There is also a small, easy ukulele part intended for one of the actors, but it can be played by the guitarist instead if needed.